First time I died my hair a crazy color was grade 8 and it was orange.

(Back when I only wore massive t-shirts)


I let the orange fade out and grew my natural color back out then started grade 9 and wanted it pink, so I mistakenly went to the hairdresser and paid $90 to get it done only to have them bleach it, tell me it's all dead and cut it really short before I could have a say in it and then it faded out the next day. Then I discovered the wonders of punky color and did it Rose Red 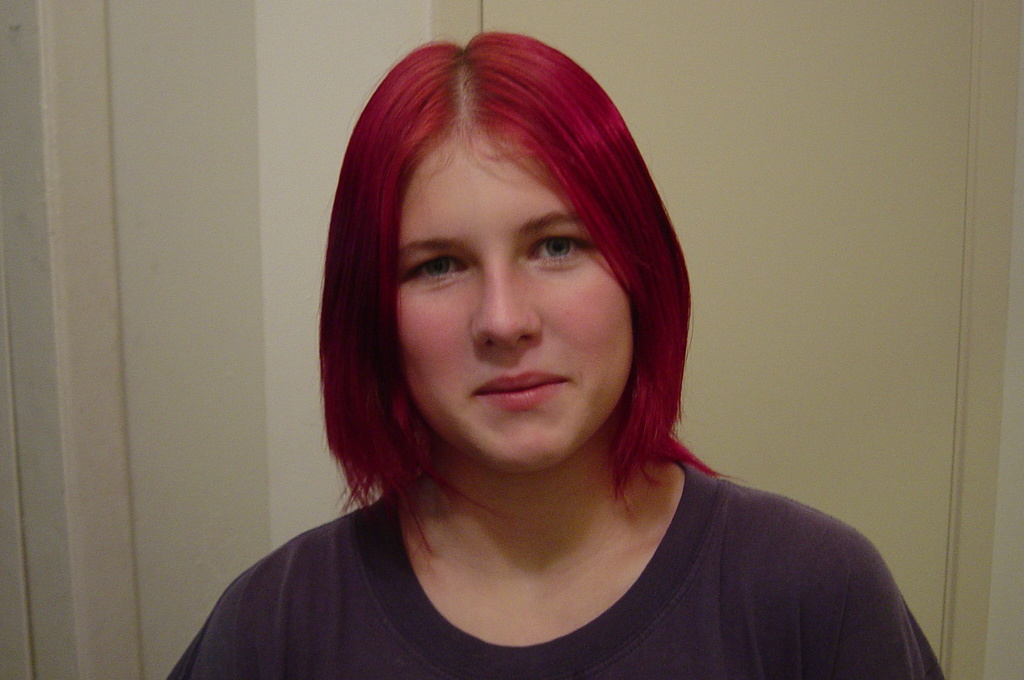 I kept it pink for a while then bleached it and tried Lagoon Blue, which looked nice... 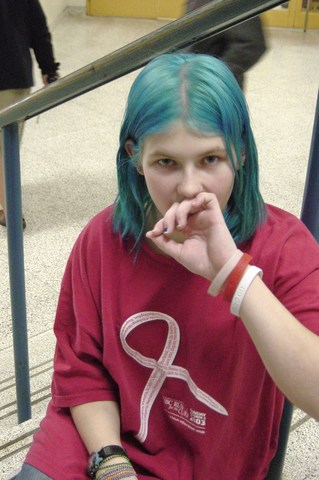 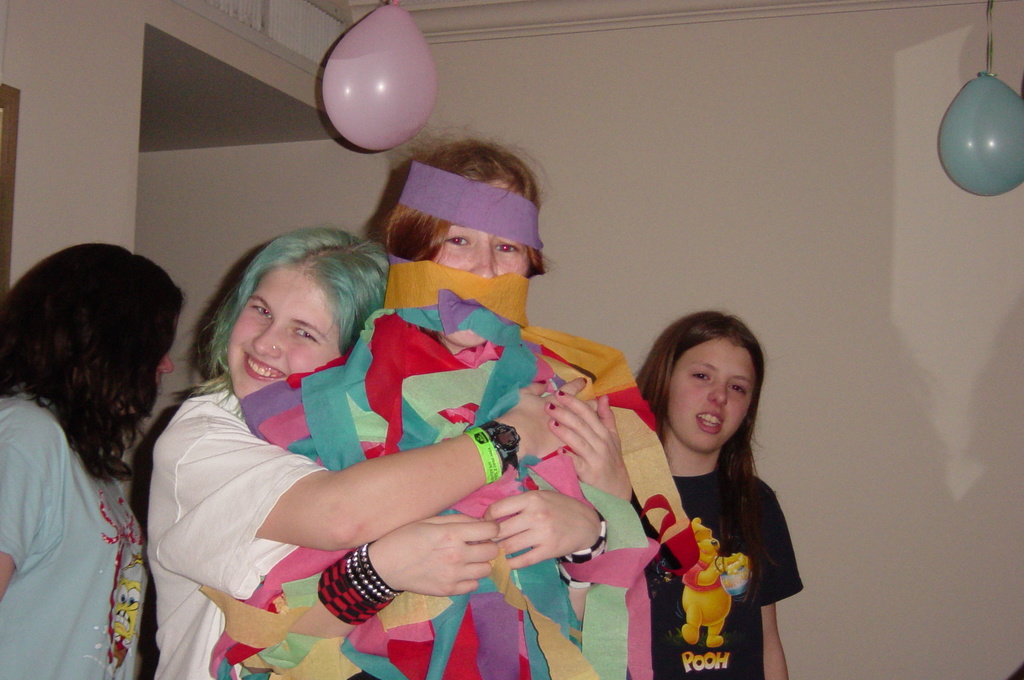 (aha, only picture of it faded I seem to have, it was my friends birthday, don't ask lmao)


After that horrid blue I bleached it out to a really orange color, and kept it bleached for a while. 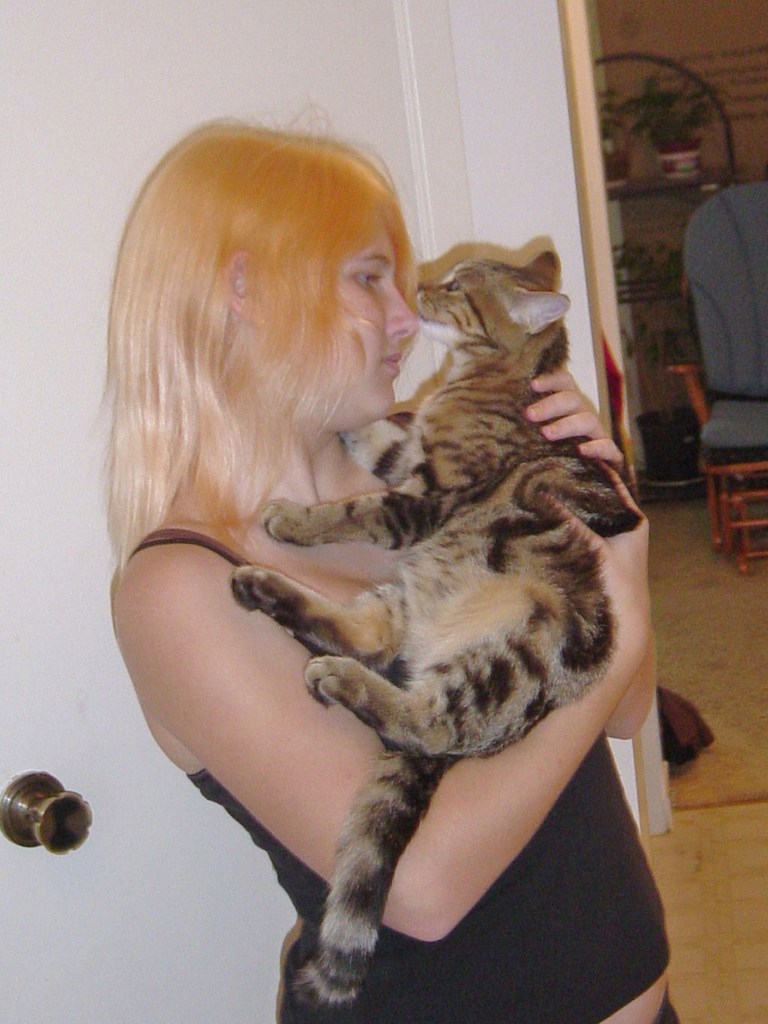 
I redid the pink again in time for Halloween (can you tell I love having pink hair?) It was around this time when I first tried to convince my parents into letting me get a hawk, It didn't work. 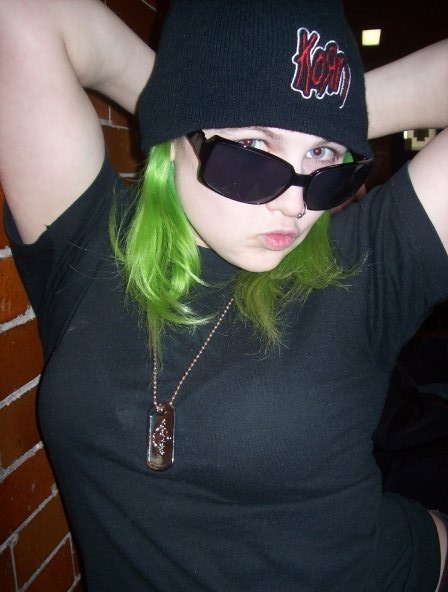 
I went back to buy more dye but they only had Apple Green so I did it over top and got this awesome color that I have no pictures off >;p


Then I was trying to get a job and having no luck with pink hair, so I'd caved and dyed it black. It was 'reto day' at my school. My friend is wearing my pants cause he's awesome :)


Bouns picture cause it's amusing. 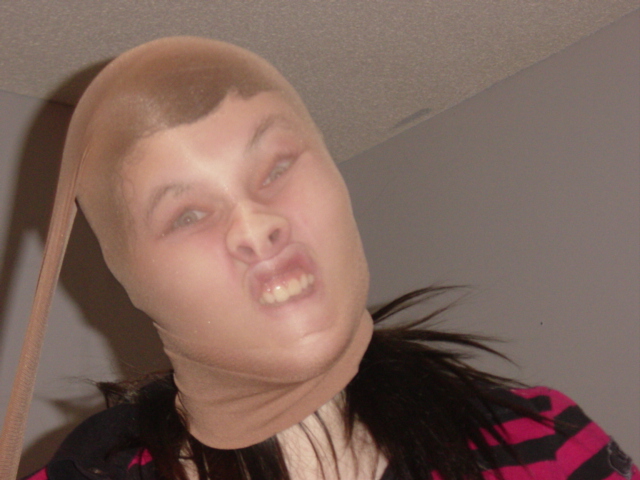 Failed at getting a job, gave up bleached it an did it Atlantic blue for a while. 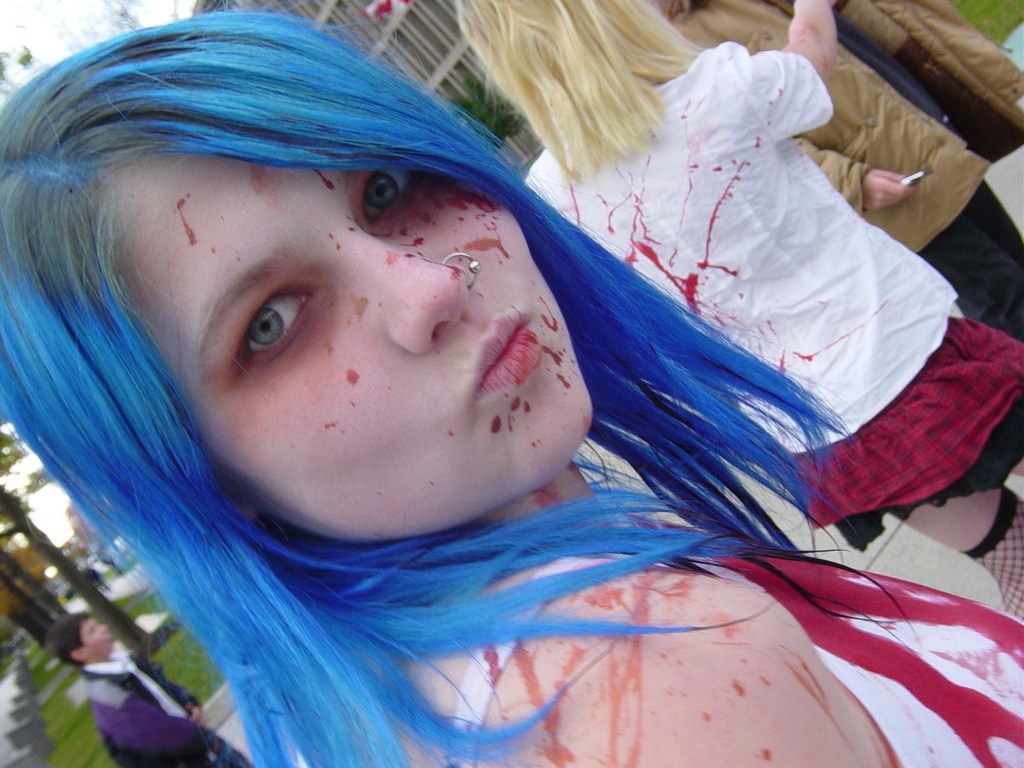 Then started job hunting again and did it black again, because of all the 'normal' hair colors I look best in black :D 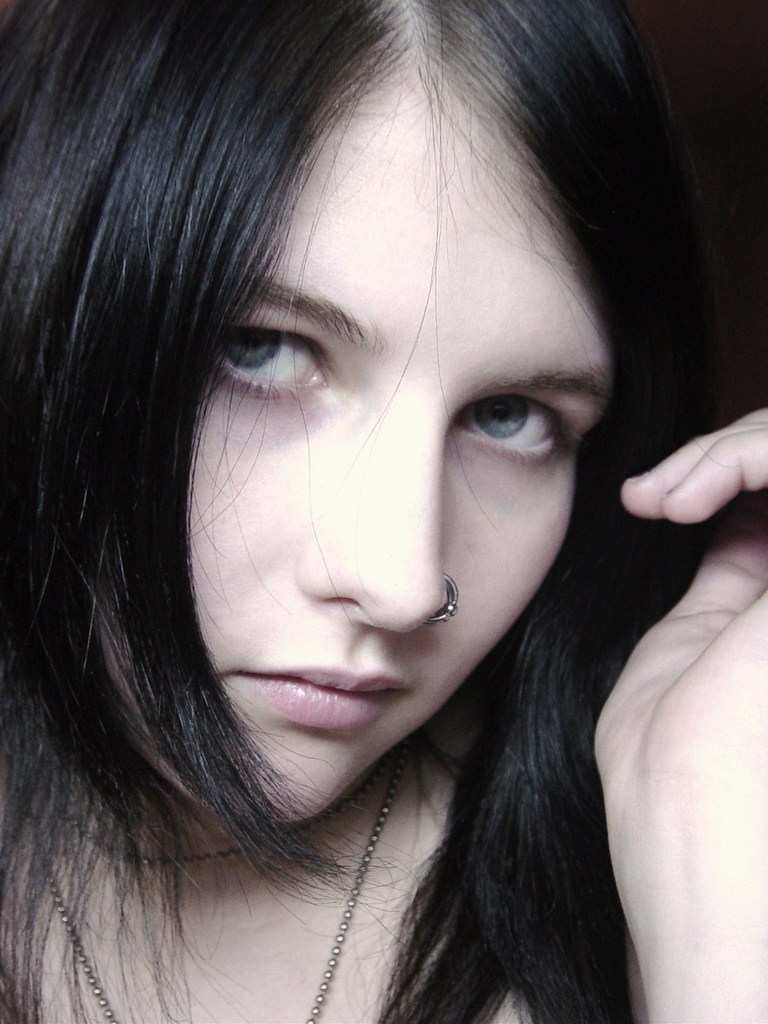 I grew some balls finally told my mom I wanted a hawk and weither she helped me or not was not gonna stop me, so she helped me cut it off the first time (Because I didn't want to fuck it up, and with my previous experience with hairdressers I wasn't about to let them do it.) 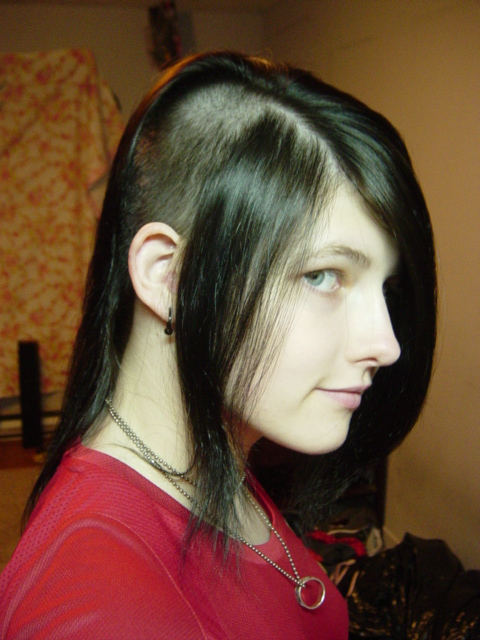 and this was the first time I put it up 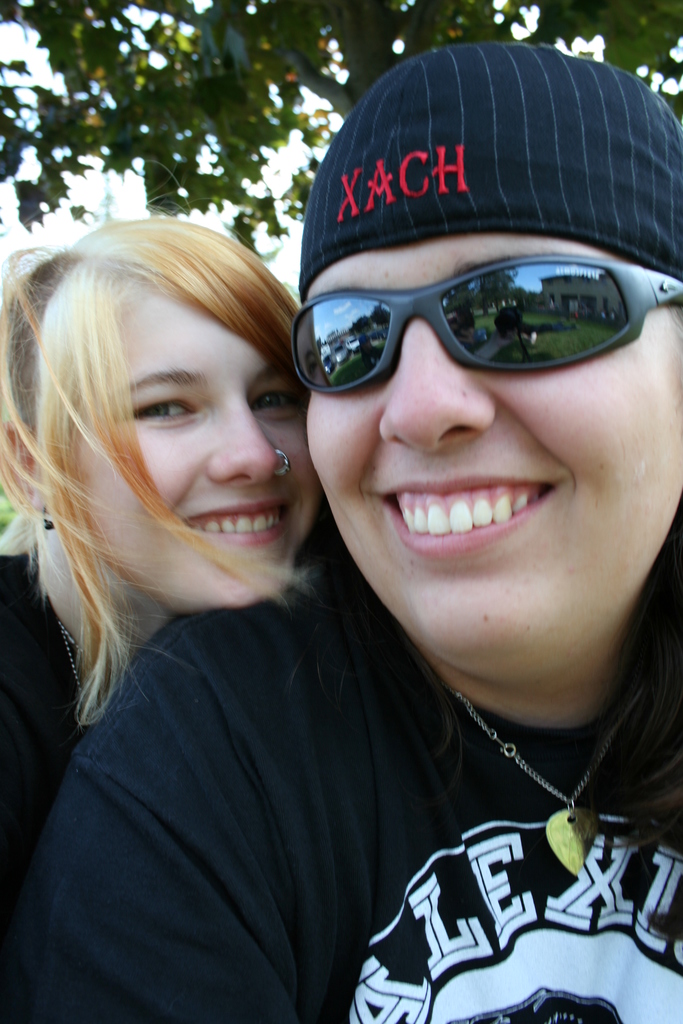 I wanted to go back to that awesome green I had, only I messed up and forgot I'd dont the apple over the spring green and it came out way darker then I'd wanted. 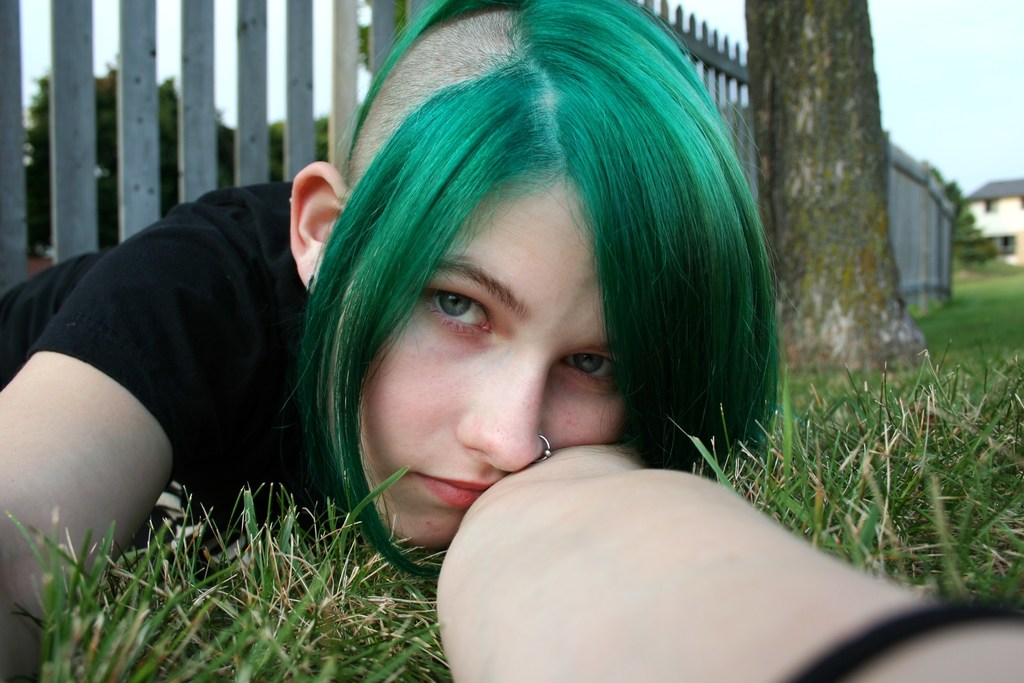 More bleaching and I wanted to have a nice intense red, and after checking around I figured Poppy Red would give me the color I wanted, I was wrong. It came out pinker then the pink I had before >;p (I look reaaally awkward cause I've got like 3 people taking pictures of me, it was my grade 12 graduation.)


Then I did Flamingo Pink over it, figured I might as well just go with the pink for a while again. 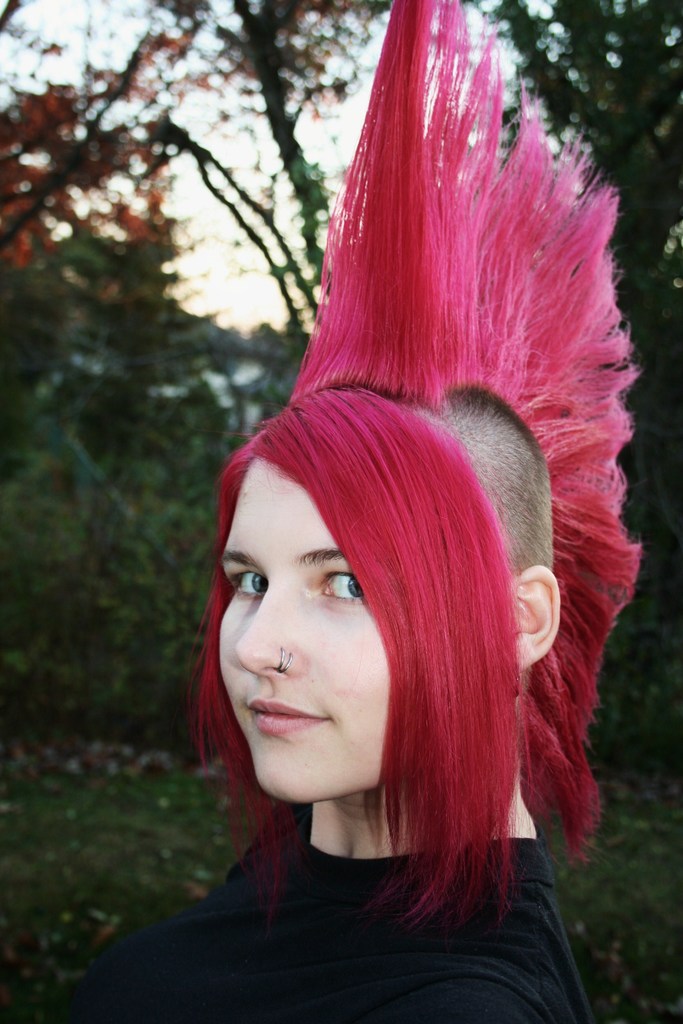 and tomorrow I'm going to fix up the pink and cut like 6 inches off and get rid of the Chelsea. Might keep the little sideburns though.

Permalink Reply by Ezekielpoop on February 18, 2010 at 12:05pm
the panty-hose on your head made me laugh for about seven seconds or so. no fucken joke. lolz!

Permalink Reply by Toxic☣ on February 18, 2010 at 8:43pm
My boyfriends going to have a hayday when he see it, cause he already hates my hawk and thinks they are stoopid >;p

Permalink Reply by Toxic☣ on February 19, 2010 at 10:44pm
Yea haha, That's exactly what he did this morning. Wouldn't be surprised if it was partly cause of my hair. I got it cut after so he hasn't even seen it and probably never will.

Permalink Reply by Toxic☣ on February 19, 2010 at 11:28pm
Yea.. I think the side burns are a little too long though. I'll get a picture in like 5 minutes if my camera charges enough. 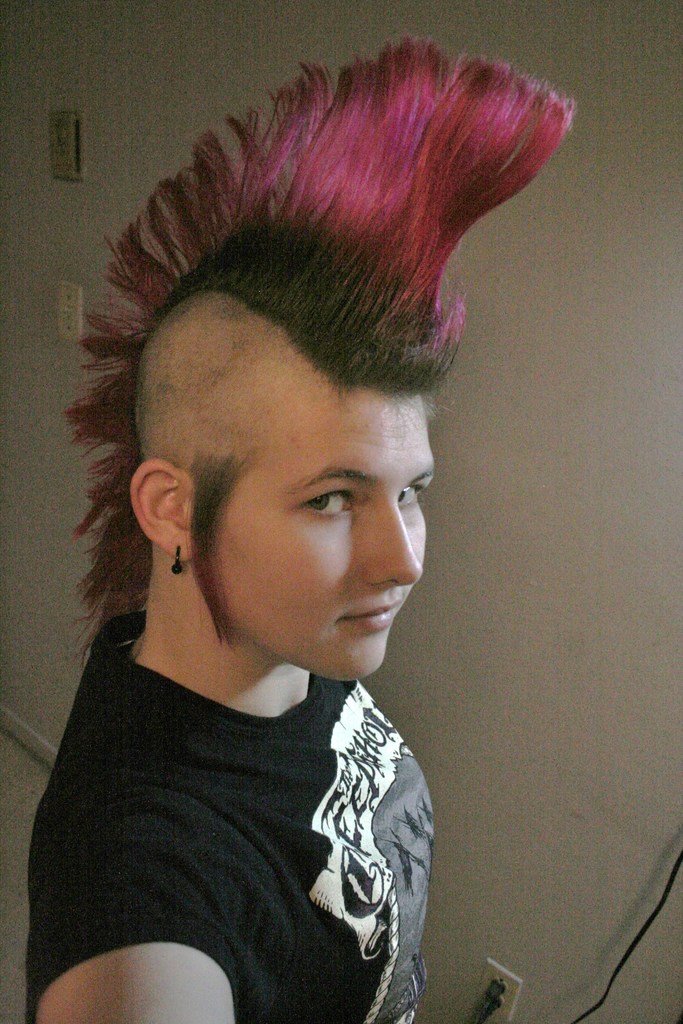 Upppp
Before recoloring later at night Pictures suck because I used the wrong setting on my camera so I had to brighten them up and now they are all grainy.

It's also a lot more purple this time >:p

and by too long I mean too thick

And I don't think he dumped me because of my hair, I just know he never liked it. I guess it was going to happen eventually, we dated for a year and then broke up for a week then he asked my out again and we dated for 6 more months. So I'm kinda hoping he asks me out again, but I guess I'm not holding my breath. But then agian my parents started dating at 17 and 18 and broke up 3 times then got married and have been married for almost 30 years now. (my parents are kinda old, they waited 10 years of being married before having me.)

OF TOPIC DISCUSSION IS OFF TOPIC :D

Permalink Reply by Ezekielpoop on March 11, 2010 at 11:10am
he dumped you over hair?
what a shallow dick.
But do you really wanna be with him, if that's really the reason?

Permalink Reply by Toxic☣ on March 14, 2010 at 12:28am
I don't think that was the real reason but I wouldn't be surprised if it was a factor. No matter, I think I've fallen for someone who thinks my hawk is dead sexy :) and he let me give him one while he was here visiting.