Where are my Antifas/Anarchist at?

This is a site with a bunch of punks and rebels on it so I thought I would see if there is anyone here that supports or is apart of an Antifa or Anarchist crew.

I've hung out with an "anarchist" group before. We have an anarchist book store in my city and I went to a protest with the people who ran it.

it was pretty bad... most of the kids there weren't that smart... and i think they just went to raise hell than to actually take a stand.
Most of the kids who claimed to be anarchist were actually really socialist. Even one of them said "I try to be as close to an anarchist as possible" I was like so you want more government involvement?!.... ?!?! cause being super left wing seems to be the total opposite of where you're trying to get to. Maybe I'm wrong, cause i admit politics aren't up my alley but it just seems no where near where he wanted to be.


oh and everything in general was just completely unorganized, we were late to everything, no one could make decisions because there wasn't a clear leader, everyone always got distracted. It was pretty horrible... the protest we went to had to do with women's rights and by the end of it people were just chanting anarchist cheers.

I was like please excuse me while i go walk in front of a moving bus.

I'm sure there are other groups in my city because most other people in the scene are like "fuck those kids, they're stupid". I just haven't met any of the other groups cause I'm always working and never get out. *forever alone*

Ha. It sounds like a shit load of fun or just a shit load. Were the kids suffering from ADD? Being that distracted from things is really bad. Did you find the bus you wanted to walk in front of? What city are you in and I might be able to find a REAL anarchy group for ya.

There were some fun times, I have to admit. Although, i think i would have still had fun if i went with a different group of people.
these kids didn't seem very educated and were pretty disorganized and REAL anarchy group would be great but i just don't know where people are these days.

It stressed me out how disorganized/distracted everyone was... if you can believe it I'm pretty sure i have Obessessive Compulsive Disorder and its mostly obsessive on the order of things (probably why i can never be an anarchist).
Not that I'm like a control freak or anything... I mean i don't try to micromanage other people's lives, i just get stressed out over little things like the dishes not being put back in the right spot and i'll have a panic attack if my kitchen isn't clean.


I'd never have the balls to walk in front of a bus but i was REALLY considering it.

Remember that Anarchy doesn't equal chaos. They are too different things. I think they group of people you were hanging out with were chaos "punks" trying to be Anarchists. I know people who would get pissed if you associated Anarchy with chaos. There is a certain order to Anarchy. 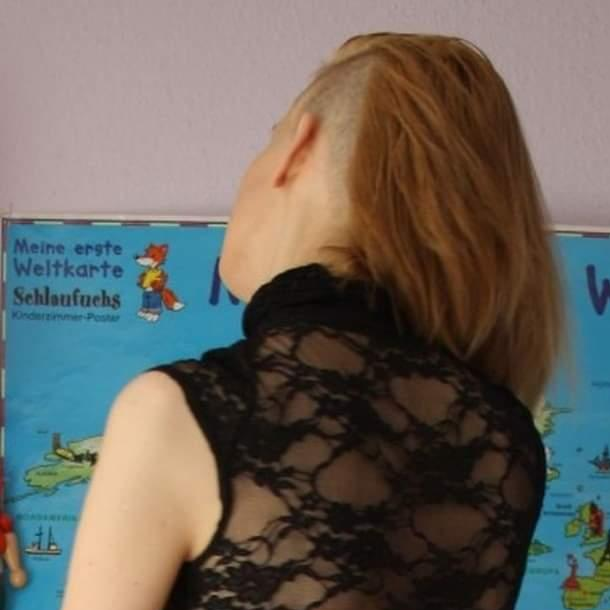 Grace H is now a member of Mohawks Rock
Jan 19
Welcome Them!