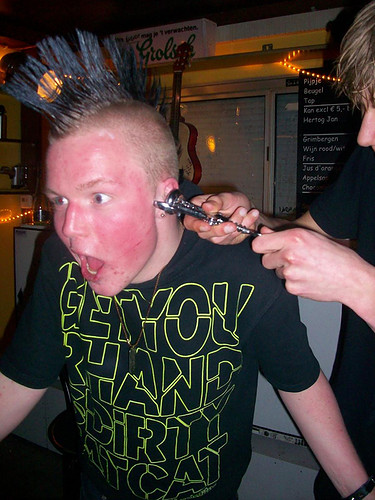 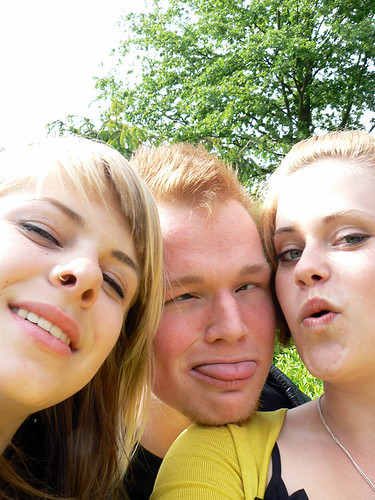 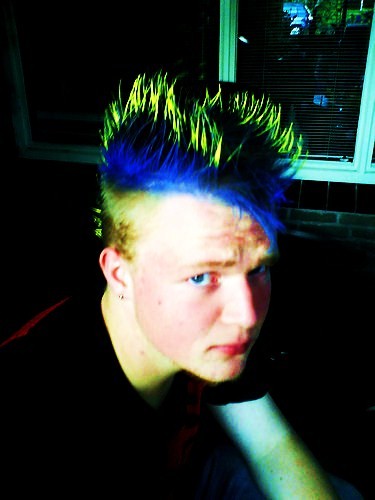 Got rid of the paint making my hair's original color even weird. 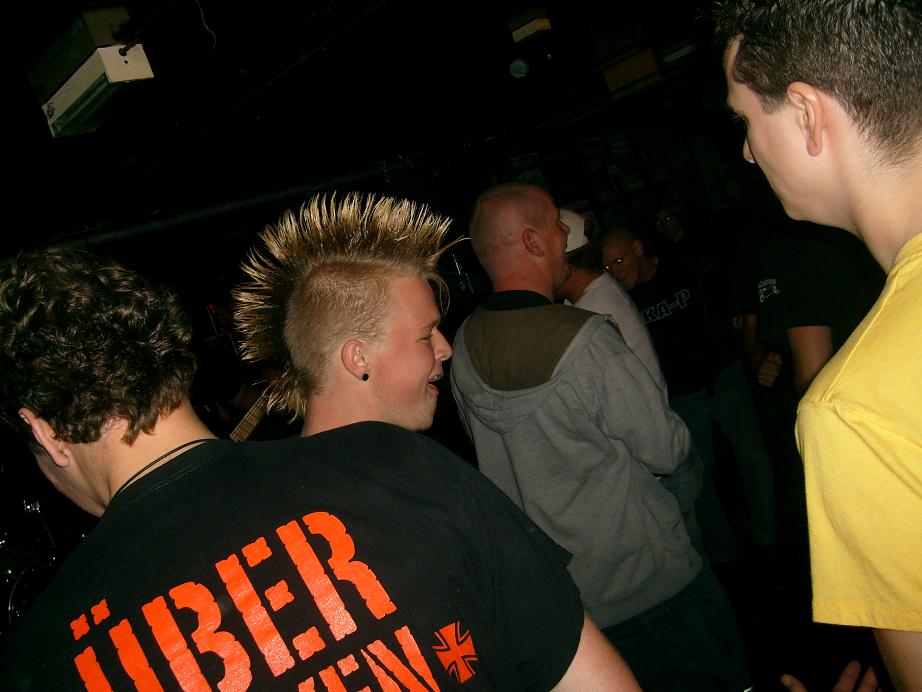 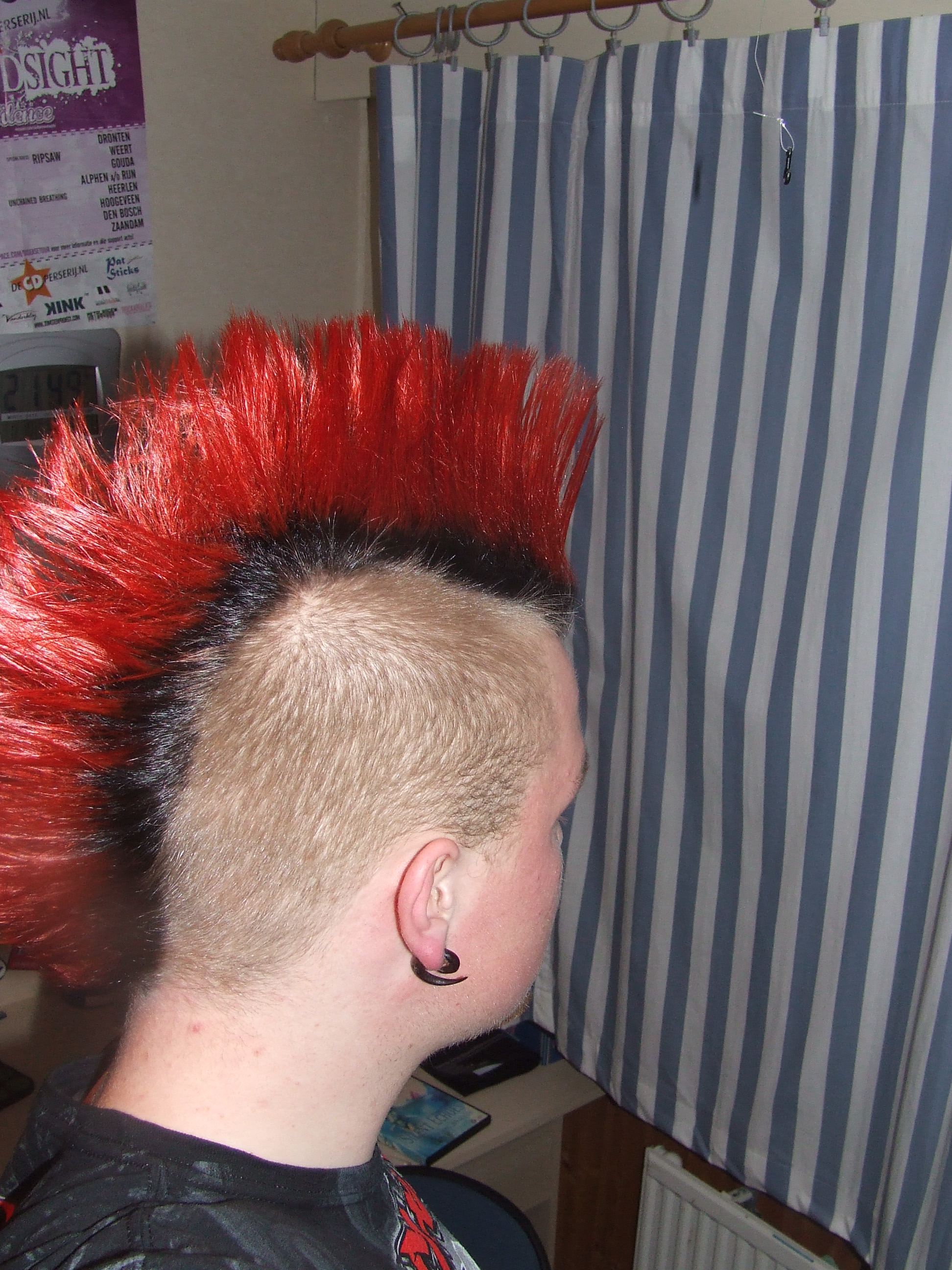 Permalink Reply by ┌x┐ • •┌x┐Pots Pots Pots on February 3, 2010 at 9:49pm
What is that dude cutting yer hair with?

Permalink Reply by Punk's Not Dead on January 29, 2010 at 10:38pm
There are some awesome pics here =P
Deanna Lynn: I love your leopard print (especially the second picture if it) :)

sadly, I don't have any of my devilock

Permalink Reply by ┌x┐ • •┌x┐Pots Pots Pots on March 4, 2010 at 10:22pm
OH and it sucks I don't have any pictures of my bluebeard. I hope I get some fucking pictures of my second hawk once I carve it out.

Permalink Reply by Sheena Ramone on February 3, 2010 at 6:39pm
This would be be WAY before 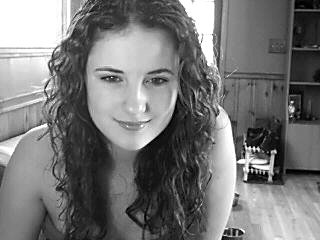 Then i chopped some off and dyed it pink 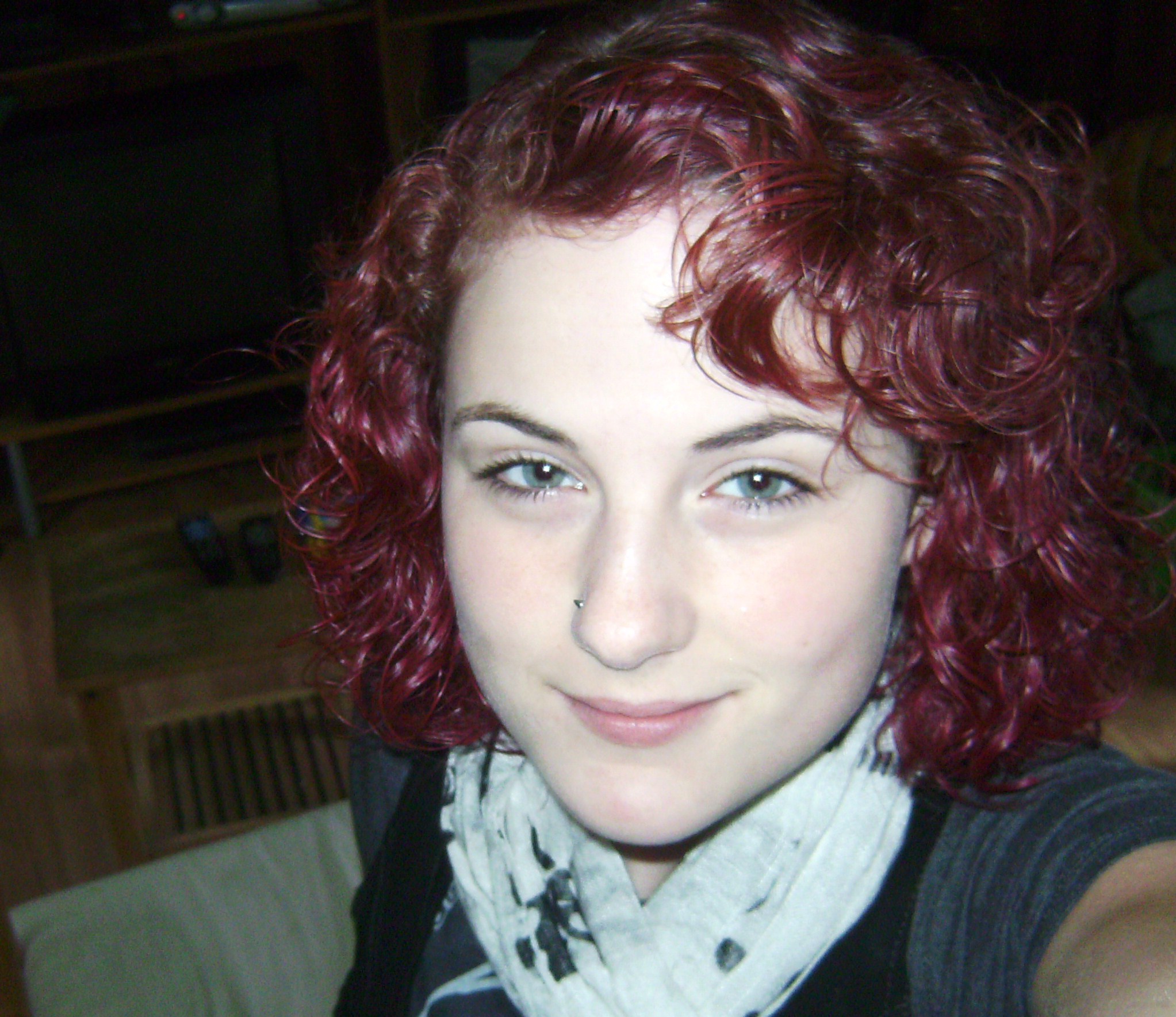 i chopped more off and got a fauxhawk in fact, it was probably the worst fauxhawk i've ever seen 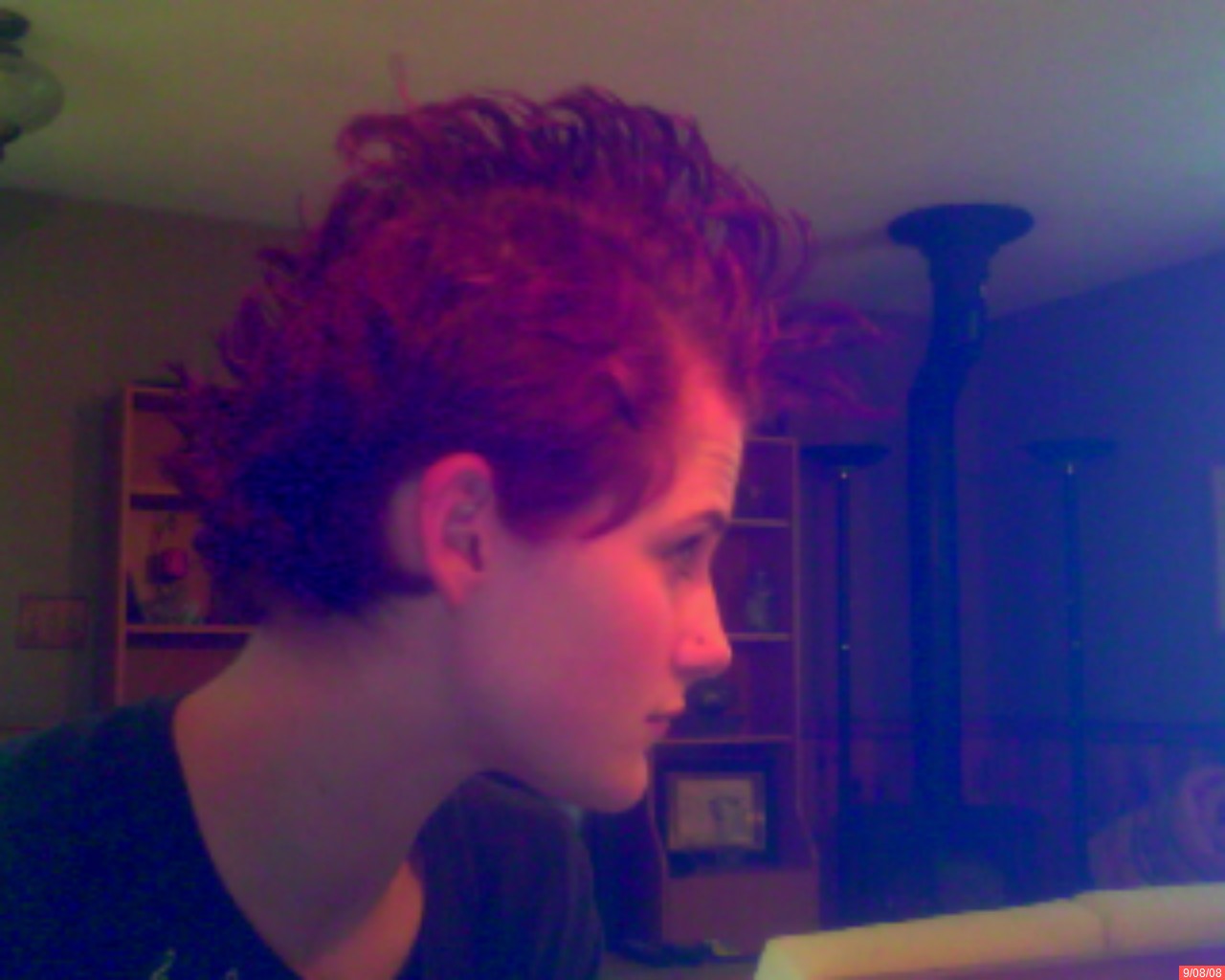 then i got a bit better at putting it up 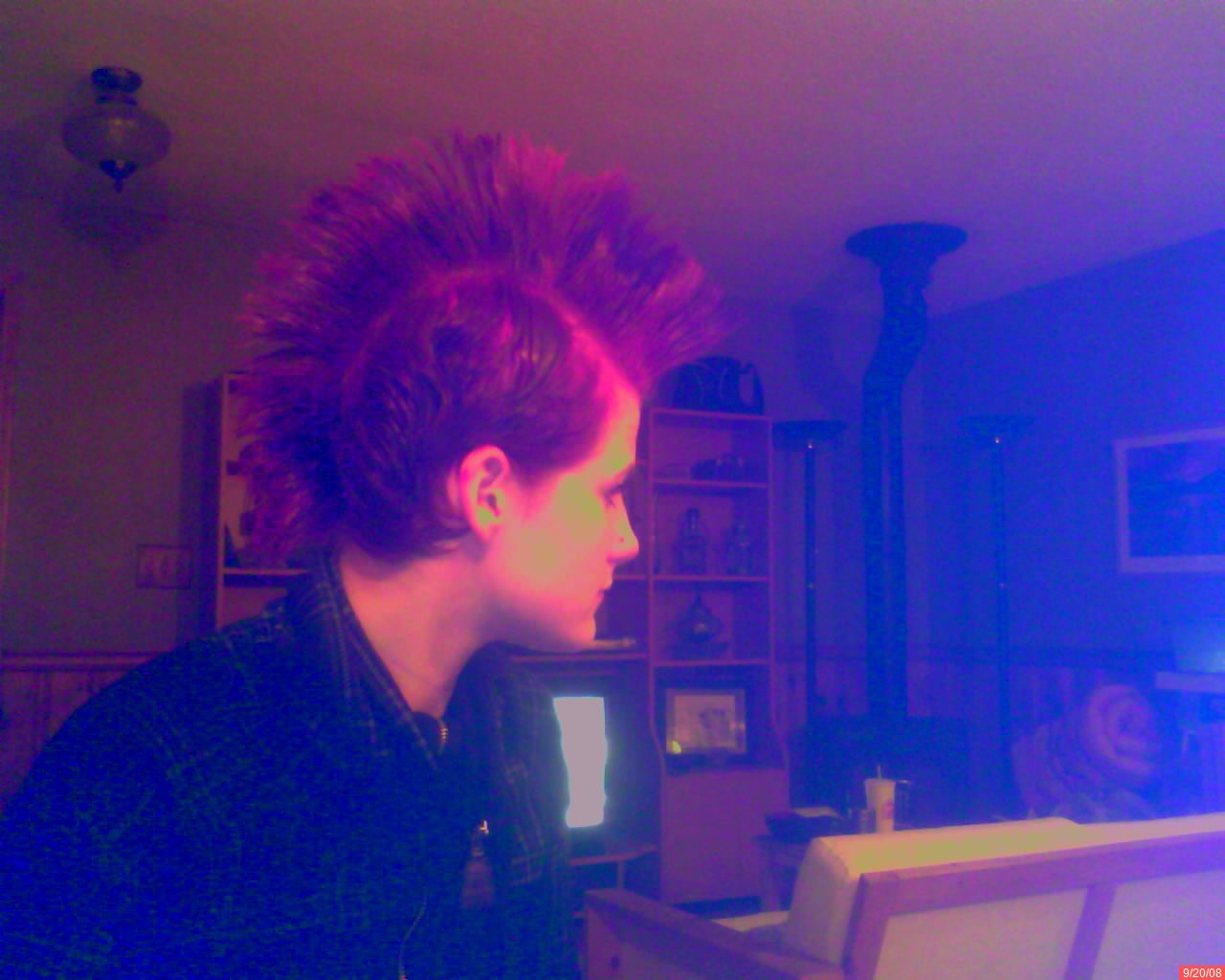 then i fooled around with colouring the sides too 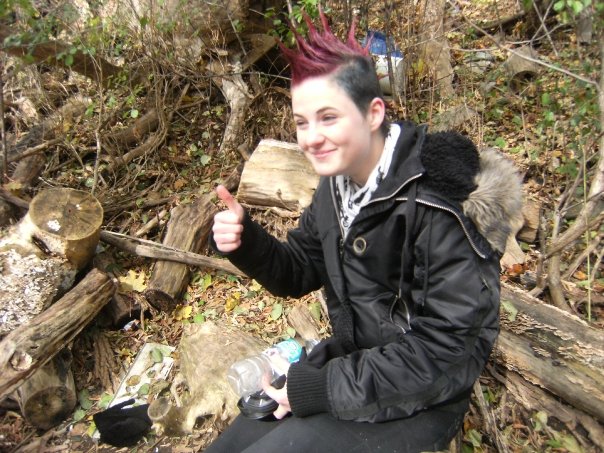 i cut the sides down to about a 3 or something 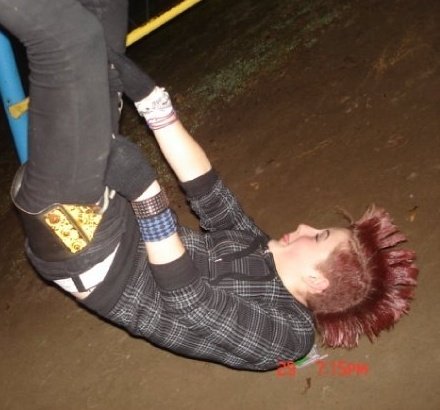 this is the only picture i could find after i shaved the sides down, and bleached it(even though you can't tell) then i tried yellow and a couple more colours 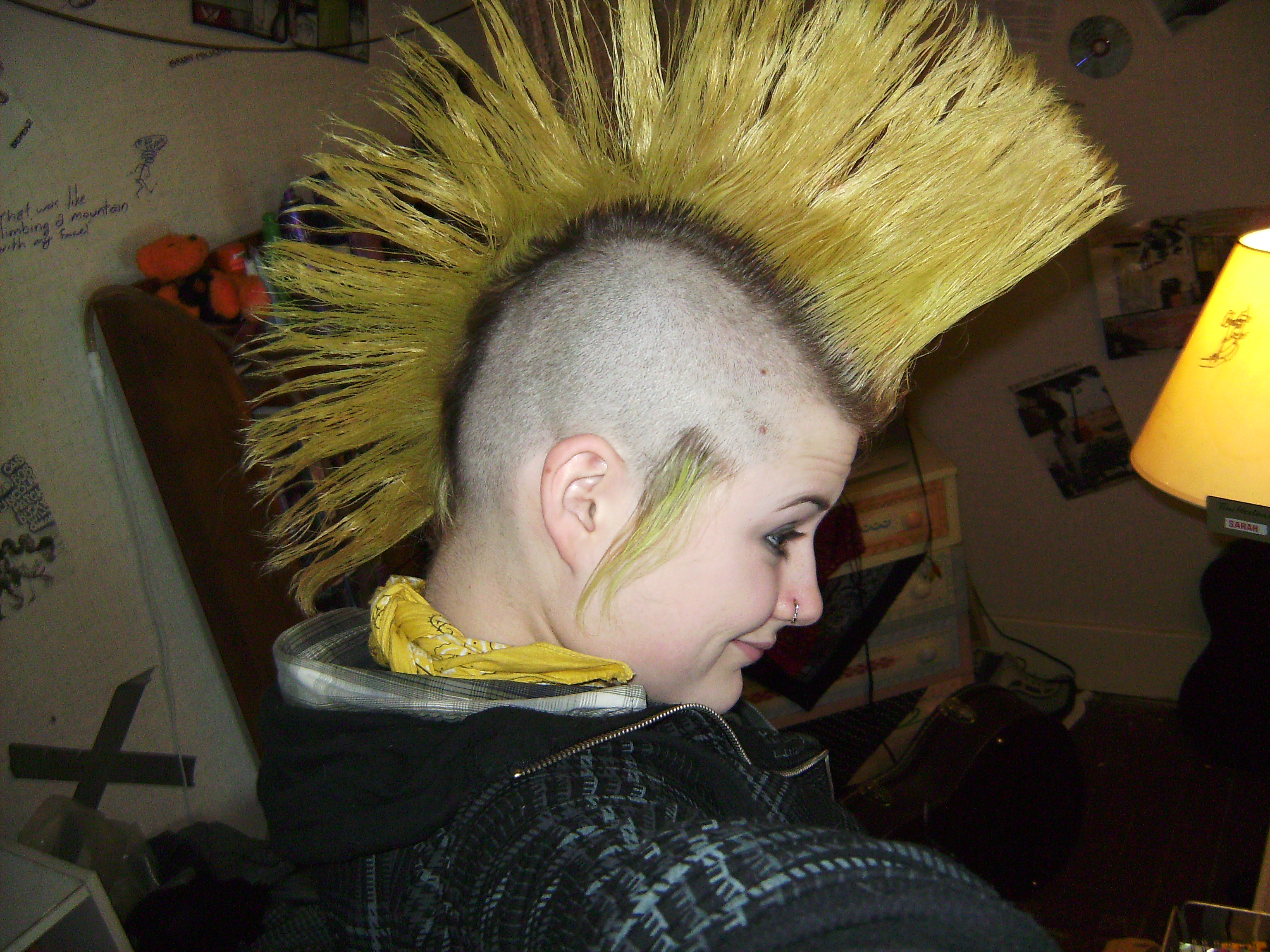 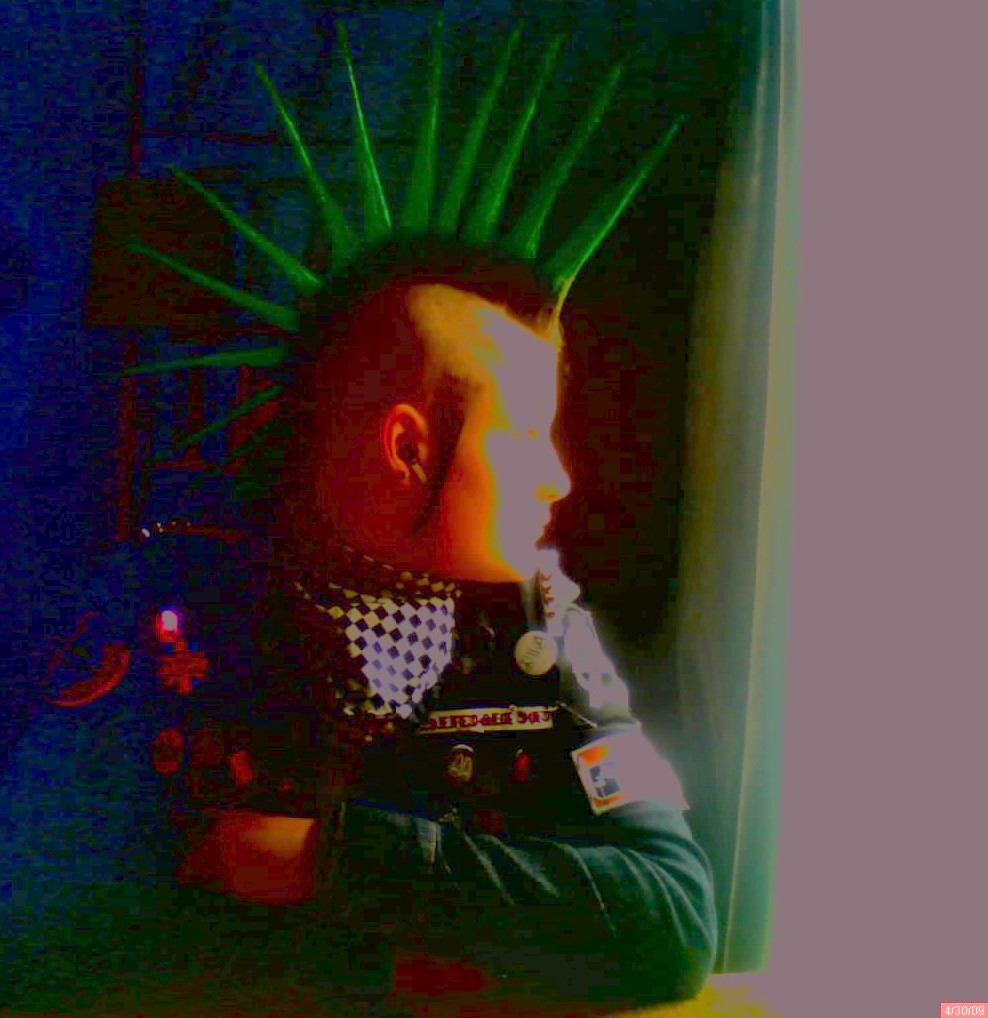 and then this is the most recent :D 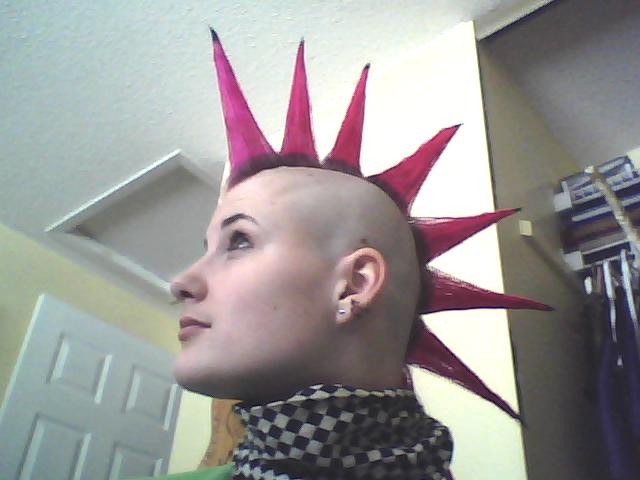 Permalink Reply by Sheena Ramone on February 5, 2010 at 4:49pm
haha yeah, i'm going back to yellow soon then just mixing that with green and ill get lime green again.
thats a pretty faded lime green, but thanks! thats the most spikes ive ever done, 16 or around there.
the steps were fun, but my hairs curly and i had to like glue them down if i wanted them straight, which sort of sucked, they were too much work so i just shaved them off.
i don't think you'd look silly, i think you'd look sick! not that you already don't lol i loved the leopard print and the colours you had, that red/orange was super vibrant! it was definatly rad!

Permalink Reply by Ezekielpoop on February 11, 2010 at 4:58pm
whoa! you look hella different with full head of hair! 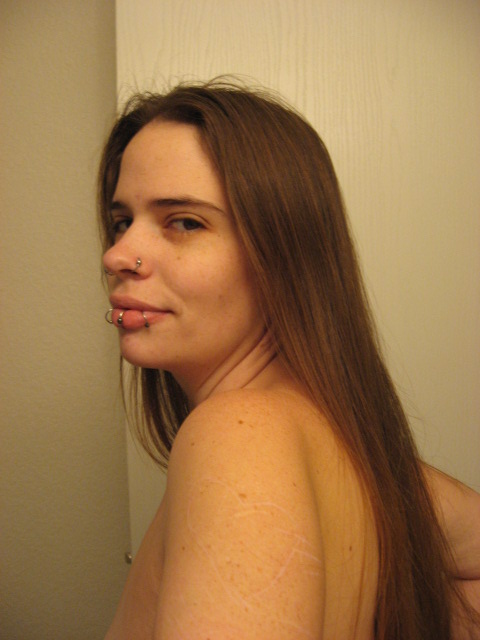 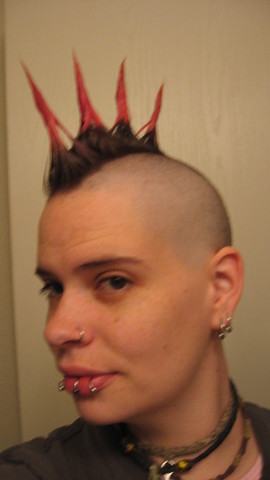 and a window again xD