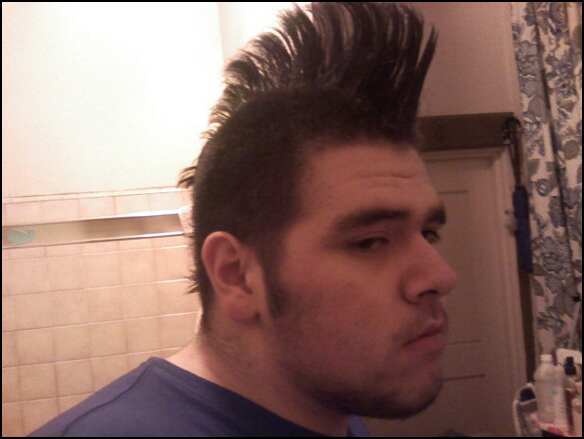 Both good (apart from the major camera blur in the first one lol).  Taken in the same room with the coincidence of same shirt colour - it's like a magic 'hawk appearing out of thin air!  =D

had a brief eminem period in high school 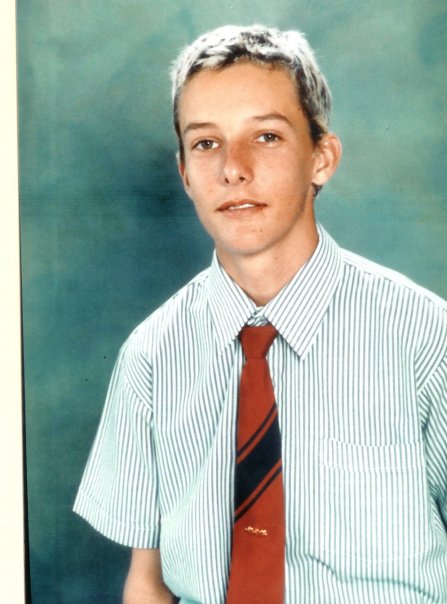 followed by  my first hawk later that year 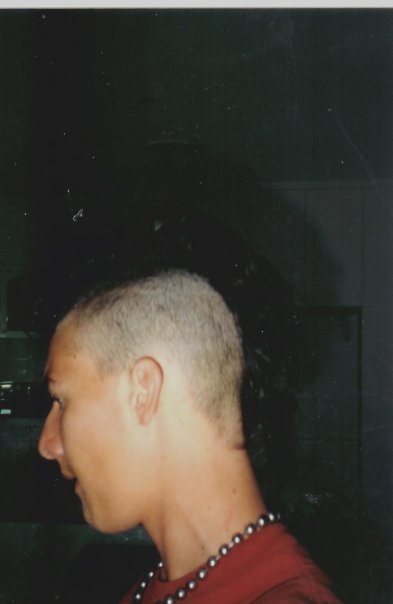 It got cut cause i was booted form home while i had it and the next crew cut ended like this: Fast forward 10 years of crew cuts til you get to about a year ago and the hawk re emerges: 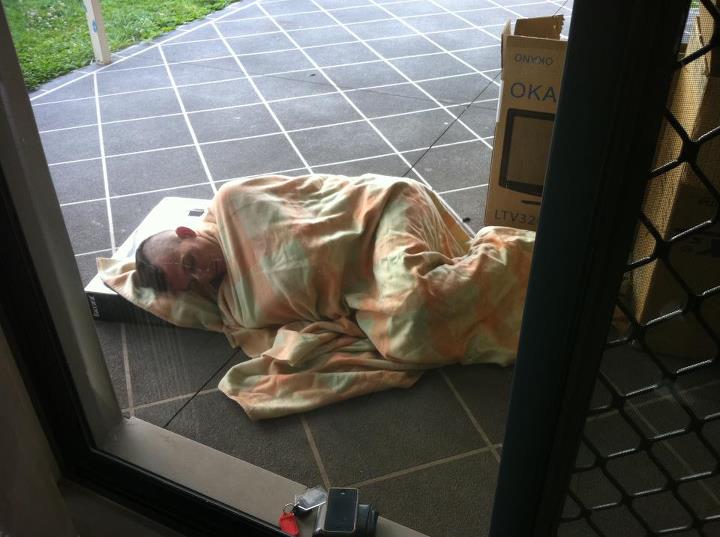 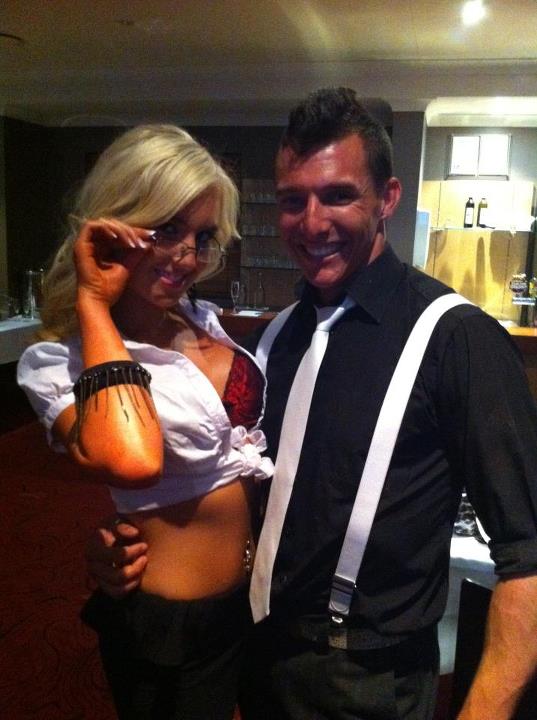 It grows up a lil 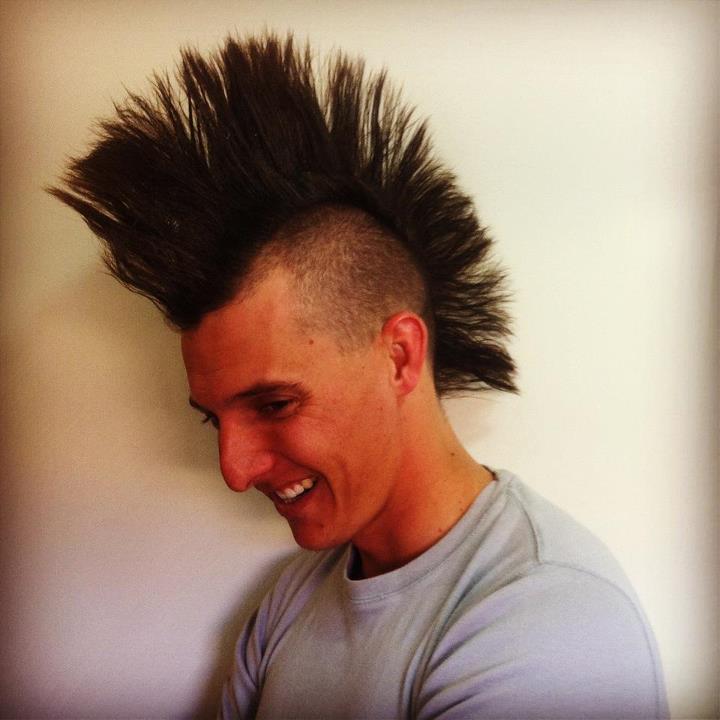 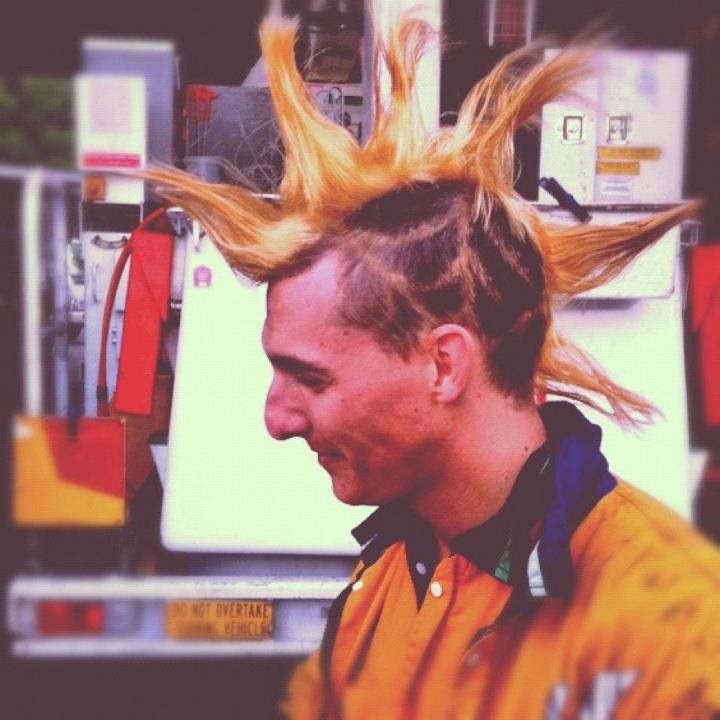 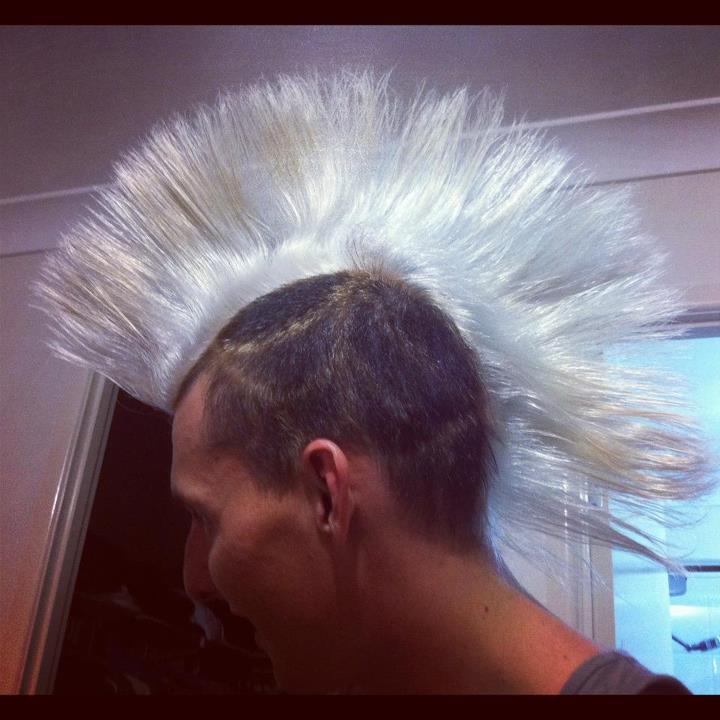 That white is fuckin badass! What did you use, just bleach or something else?

Just a few hours of bleach and then some toner. came up white as white :) 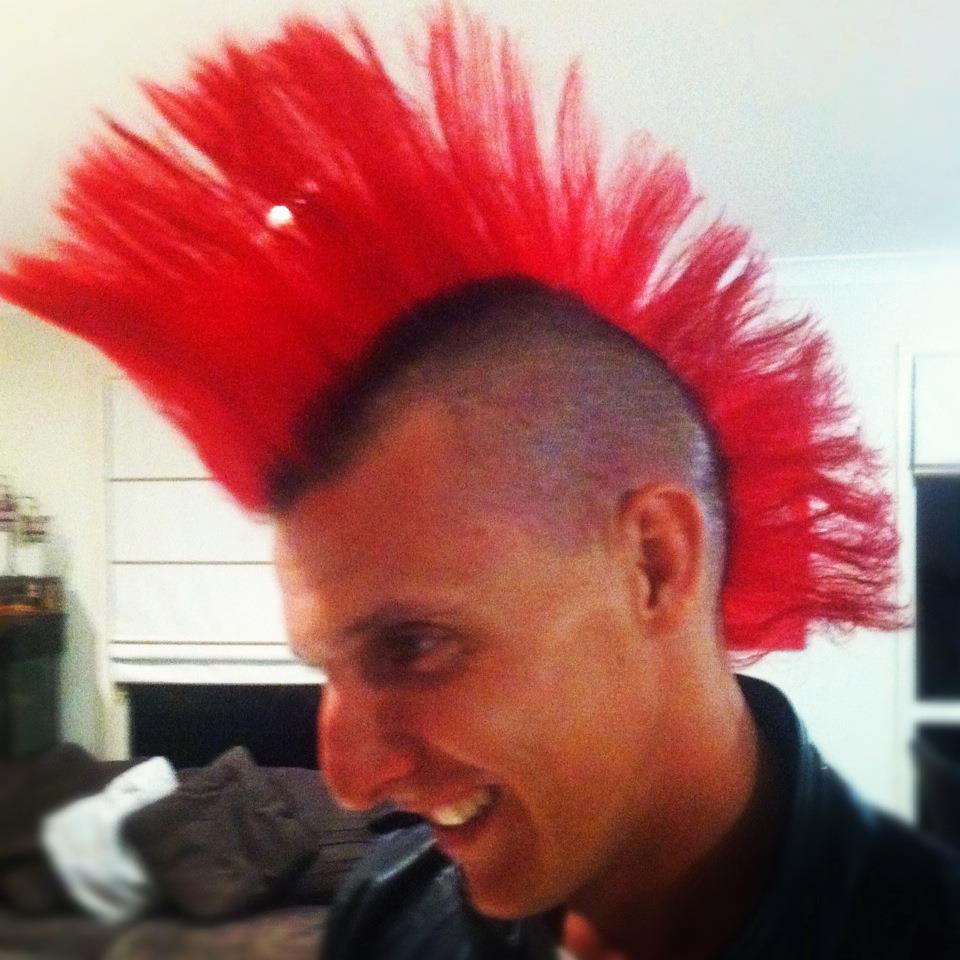 loving the white hawk, i bleach my hair out and got an cool sea weed color.

i've been kinda inbetween styles for a while. 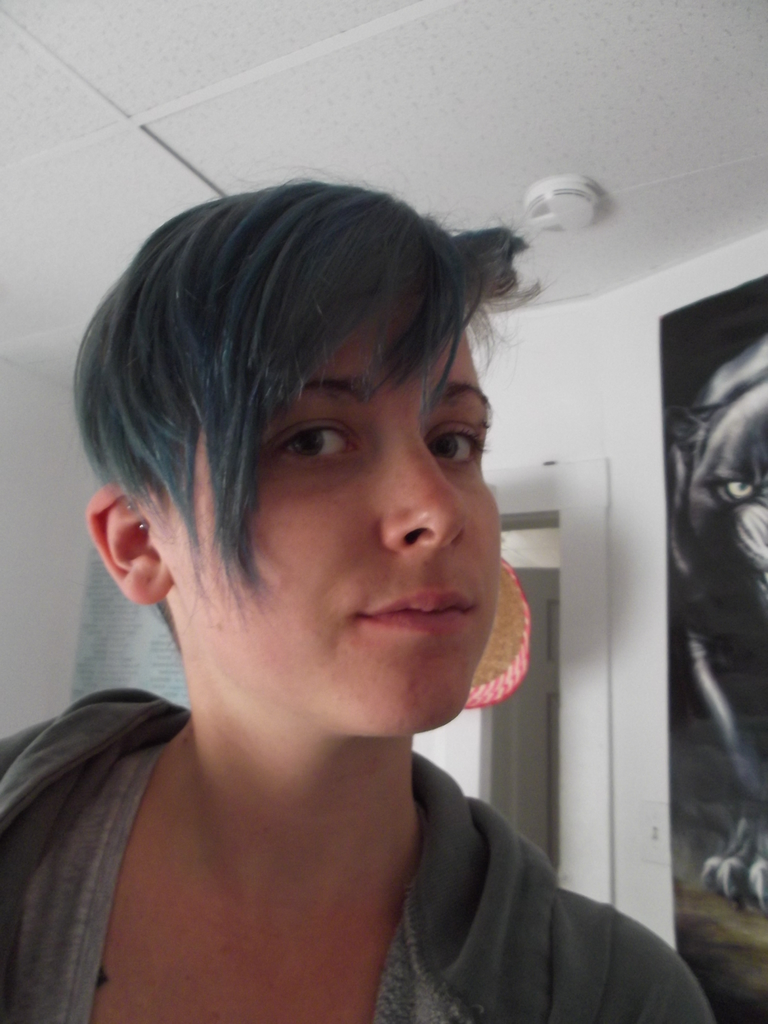 st i thought i'd dread my mini hawk. 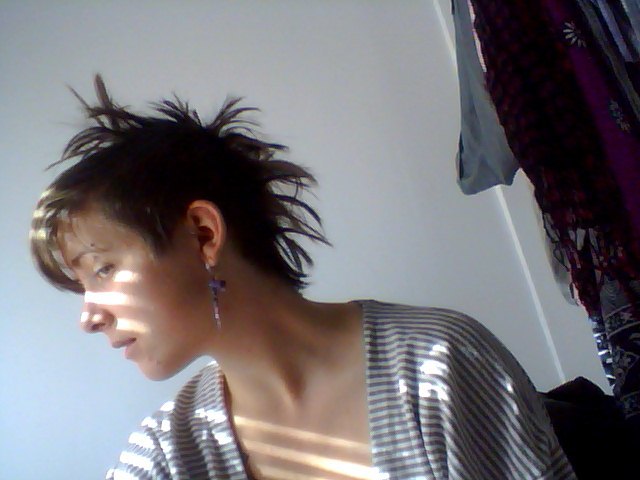 and now this. i rather like the blondish with my skin. 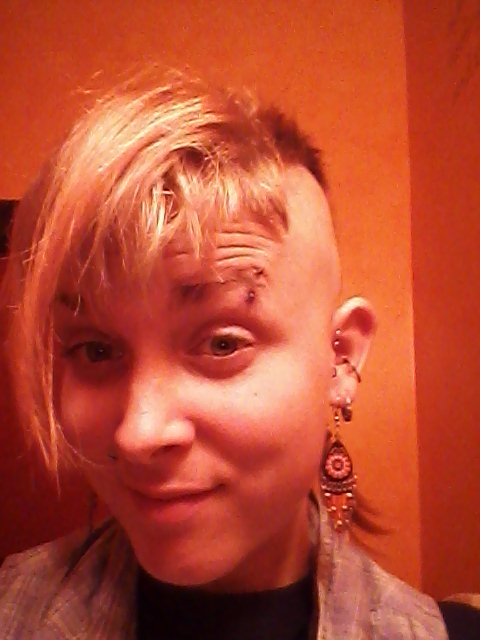 Why did i ever grow a stache again?

Awesome! :D  Great to see all the styles from long hair in the 2nd with beard and mustache - I actually think it looked good on ya. :)  And you rocking out in the light with the guitar is smart with the lit 'hawk.  Though you actually look younger with the 'hawk in the latest pic, than without it, strangely.