The inventor of the modern military Mohawk, Sgt. Jake McNiece, 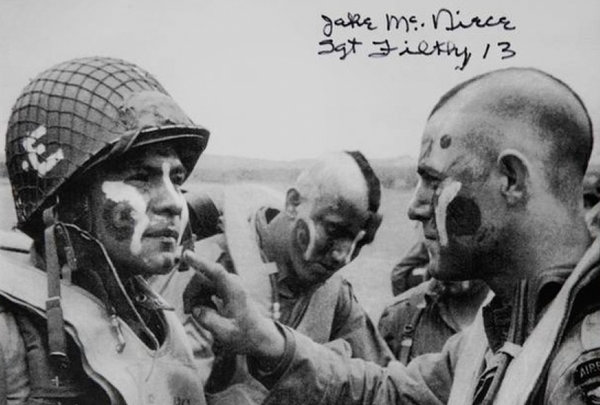 The late Jack McNiece, seen here on the right, is applying Indian war paint to the face of a fellow paratrooper in the 101st Airborne Division moments before they jumped behind Nazi lines in the D-Day Invasion on June 6, 1944. McNiece, who was part Native American, was the one who talked fellow paratroopers in the 101st into shaving their heads into Mohawks to match their war cry of "Geronimo." McNiece said it was his mother, part Choctaw, who suggested the Mohawk haircuts.