Want to sleep, read my Ph.D. thesis. Works better than passing out with alcohol. And no hangovers!

I am no longer placing this online because someone plagarized it a couple years ago. It is on the carbon nanotubes. If you want to read it, I can send it you.

My heart Cries out

I cry at night knowing that you are not to say I love you or to even have a bright Smile on your face I love you and I hope you know that.

Even My Self-Sim is Hawked

Yes I am a dork.....revamped my Self-Sim (yes I play the Sims religiously) and updated myself.

In two weeks, I will finally finish my Ph.D and of course with that comes the grand inquisition called the defense. Some of my closest peers will be there supporting me, but of course then there will be the institutionalized hacks called professors examining my work and tearing every page apart, all 151 pages of it. Should be the greatest 2 fucking hours of my life. It should be great, for my appearance is not conventional. I wear my plaid pants, mohawk, and leather jacket to all my class… Continue

Whacked my hair on Sunday. Then lost my job on Wednesday. :(
The hawk's probably gonna have to go once I get some interviews. *sigh*
It was fun while it lasted!

My heart burns in fire because a boy that robbed me of a new Heart I fell in love and I am burning in my lust for a guy i barely know. For this reason i hold back my anger an my resintment feelings to see his smille.

i'm in love with you

and i don't even know your fucking name.

Have You Ever Loved Someone so badly

Just got my mohawk cut less than 2 hrs ago. Was my first time putting up a mohawk...EVER, tell me what you think!!!! 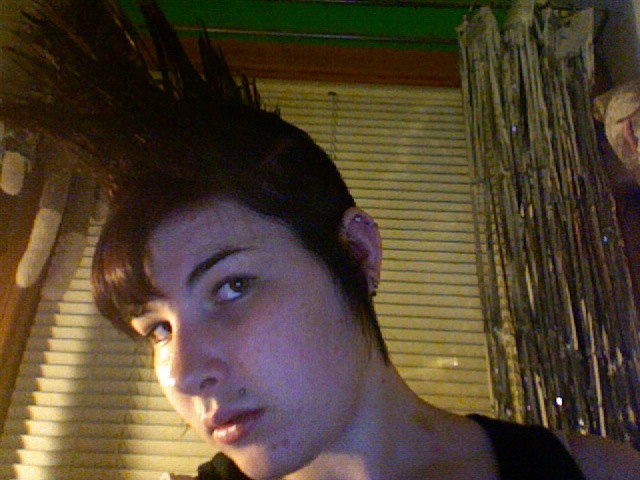 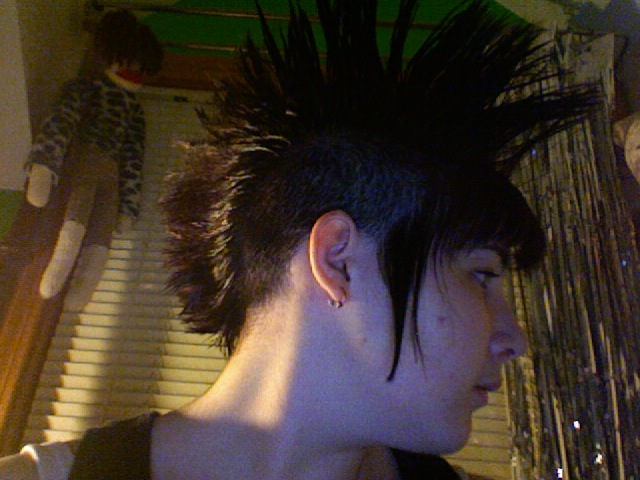 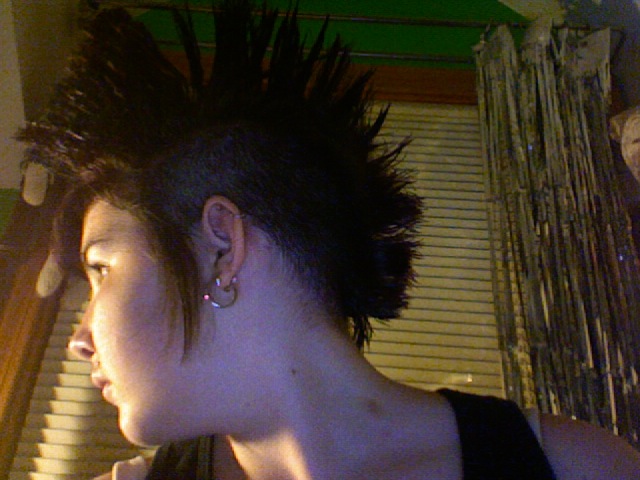 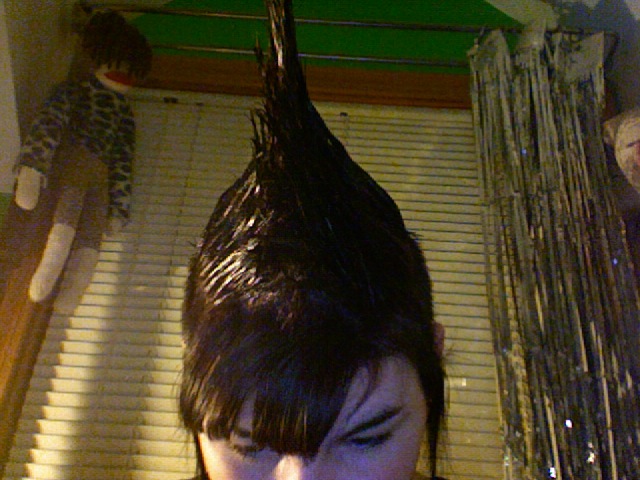 I was walking my dog last weekend, and I heard a disembodied voice yelling "FREEEAAAAK" out of a passing car. It seems pretty childish to me that people are vocal about their aversions to people who are "different".

Despite knowing that this man/boy's intentions were probably malicious, it sort of made me laugh. Why yes, by golly goodness yes, I am in fact some sort of freak. Personally though, I find my dress and hobbies (both creative) by far more intriguing than some jock who… Continue

i woke up this morning and decided to shave my head.


now i got my 'hawk back and it sexy as fuck. i'll put up pics soon.

Ok, so I went out to dinner with my parents tonight, which was a spectacle in itself with my dad not being able to pronounce any of the Spanish dishes and constantly asking me what this and that was and then getting so plastered off tequila he couldn't stand and walk out to the car. But! But..
After dinner my mom needed milk so I offered to run into the local grocery store on the way in. Now mind you, I'm pretty conservatively dressed today as I was just hanging about the house with no… Continue

well mates as of last night the hawk has finally returned to my head after a year and a half absence. i am a happy man. =)

okay well idk why but latley i have felt really self conscious. not like me at all but i have been having people tell me i looke better when i had my long hair. i want you guys' honest opinion

Hey everyone...this is my FIRST blog ever, basically. So bare with me.

This past summer I had dreaded my mohawk because I thought it was going to be SIIIICK looking and super easy to take care of. The SIIIIICK look was great, but it was definitely not easy for me. My hair is thin and pin straight...but don't be discouraged if you have hair like me!!! it IS possible, but it requires much more attention and time.

My hair was like 7 or 8 inches when I started...you… Continue