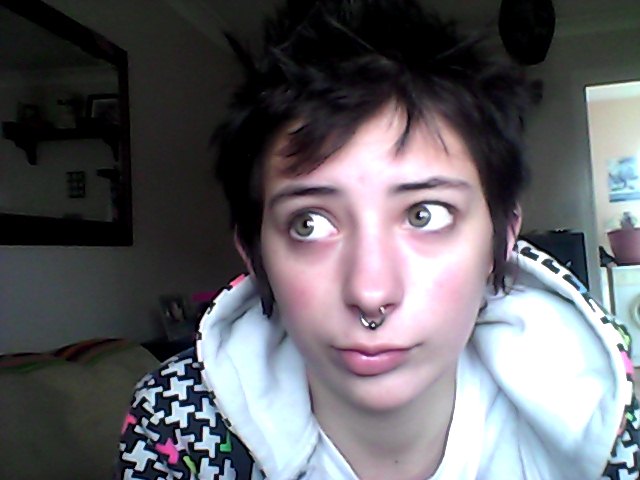 Mohawk Status:
Thinking about rocking it sometime, Just like watching others rock them

any thing left to say?

How Tall Are You With and Without the Mohawk:
i dont have my TRIHAWK quite yet.
i willll soonish
so atm i am like 5'3ishh

T-bone said…
I'm not going to lie, I'm no expert, computer guru or programmer of some sort. I found out about the 'Deep Web' through a show called House of Cards, in which a journalist attempts to get the Vice President's phone logs using TOR to access the 'Deep Web' with the help of a fellow computer junkie at the office. They then simulated it to be an easily accessible network for your average Joe to look for hackers, or otherwise pursue illicit methods to score. I accessed the Deep Web myself last night, I went around the 'Hidden Wiki' and I was so confused I actually thought the Hidden Wiki is nothing more than a database for the not-so-appropriate information for average internet users. I was wrong. I found CP, I was not in any way aroused, but rather skeptical. The pictures were shot with pro cameras, suggesting this is all the work of professional pedophiles. I never understood how CP was shared on the internet until yesterday, which confuses me even more, are people really not aware of the Dark Web/Deep Web/Darknet's existence? It seems to me that it consists of the actual internet and its dangers. I came across another sick bastard's website, which had nothing but a 2D picture of an 80s cartoon villain, and a gore video of a person being cut to pieces accompanied by a rather terrifying soundtrack. The entire thing was black and white but to me it seemed so real, however it might be the adrenaline and the excitement. I have never been truly terrified and curious at the same time in my life. I lurked around the 'Hidden Wiki' only to find more jailbait websites and links to child pornography, along with links to websites claiming to help you with finding the criminal who scammed you, or other not-so-legitimate services. I very simply surfed this Deep Web and found nothing but regret eventually. I'm not happy to know what I know, it has only lead me to hate the world I live in even more. I deleted TOR and promised myself not to visit this dark underworld again, but I can't fight the urge to know more. The stories and forum posts in the pictures above are disgusting but are proof to our world's monstrosity. Real or fake, these scenarios were orchestrated by amazingly disgusting and evil masterminds. I truly hope they aren't real.

I got lost n , anyway, my tunes r my release eventhough they kinda wreeekin.
Many thx again for stoppin by. Ya know it feels good to jus hear from ppl i never met b4.

Jes said…
its a tat
haha
i know i know its very colorful :p

Kobalos said…
Ta very much for the picture comment. =)