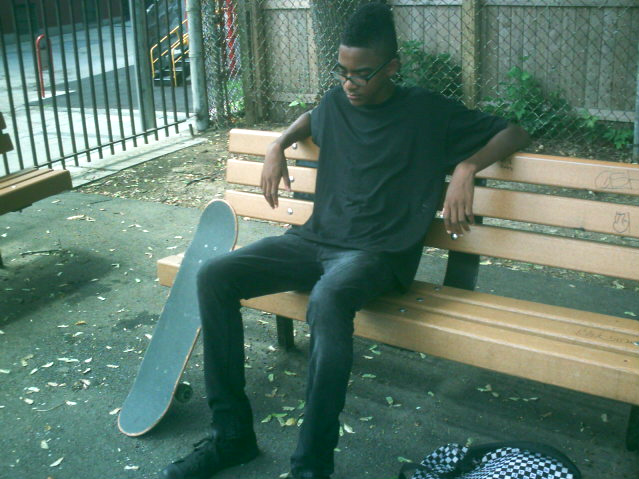 WTF?! lol help me out. I have to get this off my chest
6 Replies

Ok 1 of my favorite bands are The Casualties. 1 problem tho. Half the time I can't understand shit he's saying. Like I sometimes have to look up the lyrics. Any suggestions on how I could better…Continue

Started this discussion. Last reply by William A. Connell Mar 19, 2010.

Help me out. What makes a poser I'm new to punk.
122 Replies

I know you guys are like "oh this guys a poser look at him asking what punk is" Yea I have an idea of what it is but I'm new so just help me out. My question is what makes a poser? I glare at people…Continue

Let me get started my problem is that my mom is that I don't know what to expect. I want to pogo dance and crown surf the whole 10 yards even moshing. But how bad do you get hurt in those damn things…Continue

Mohawk Status:
Rocking now, Rocked in the past

About Me:
I skate I enduldge myself in heavy music. And other stuff

How Tall Are You With and Without the Mohawk:
Dpnt know but had to get the hawk cut short for fucking school. Nah scaratch that I just had to get my hawk cut off. Fly birdy fuckin fly

Don't EVER listen to all of these "holier than though" stuck up bitches!!!! Punk is basically choosing to be who you want, regardless of what anyone else thinks about it, because you don't like, understand, and/or agree mainstream societal views on things, thus causing most of us considered to be "punk" to share a lot of the same ideology, ethic codes, anti-conformist styles, and opinions of the way things probably "should" be.

The fact that you had the initiative and the balls to post that discussion only shows that you have a higher degree of intellect and intuitiveness to want to be sure that you have a clear understanding of something before you claim it or chose to "wear it's label" as it were. I truthfully respect you for  doing so.

In my eyes, there is no such thing as o Punk-Poser, except maybe in the case of claiming the title without having ANY clue what it means or represents...?!

To the people who replied to yer discussion by calling YOU a poser, you are nothing more than another excuse to hide their own insecurities and boast their own ignorant idea that doing so makes them look and/or feel better. I say, "FUCK 'EM ALL!!!" Be who you are, learn what it means by whatever methods are necessary, love and appreciate everything you can learn about it, and don't waste ant time or energy on ANYONE who would criticize you for doing so!

This might help you out, er at least be something you can find interesting: http://en.wikipedia.org/wiki/Punk_culture

Record
Record
From the Gift Store