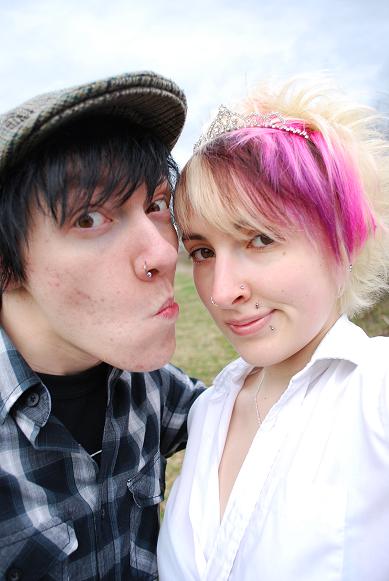 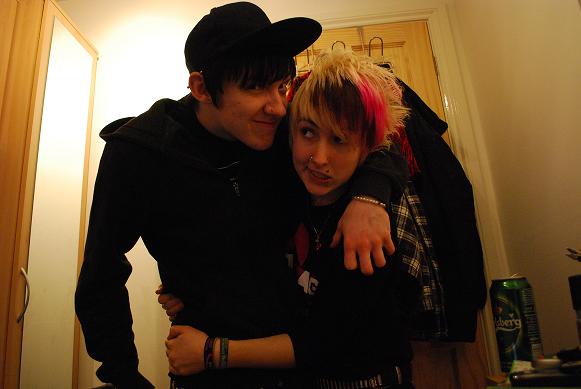 I'm pretty optimistic about everything, but usually when people say to me 'Guess what! I've been talking to this cute guy online!'

I signed up to Mohawksrock just under a year ago, just because it seemed like a pretty decent place to swap tips, experiances and situations with people who are in the same mind frame. I didn't no that since July last year chatting to some photograhpy guy would actually end up with me blagging someone awesome!

Me and Harley have been together for about 4 1/2 months from December now, and its been ace. I've never tried a long(ish) distance relationship before, but even though I live in Bristol and he in Bournemouth ( over a 50 mile trek) it's been easier than I thought, as we see each other almost every week.
He's such a nice guy, I've just came out of surgery and he totally stuck by me all the way through, so kudos to that and thank you so much!! :)

It's been awesome the fact that this site has broadend the horizons of talking and chatting to new people, and even finding some georgous beast on here. Who'da thought it eh?