Still working it all out

Well i now have 2 friends. lol I need to chat more.

It says that people have left comments for me but i can only find the one. Damn thing. I will keep looking so if anyone has posted a comment for me to reply to and i havn't then it's just because i havn't found the comment yet. lol

I did upload some pics though so i hope folk have a look and like them.

I will get used to this thing. lol

Kay, so
I have come to this conclusion after many hours of sitting on the roof and pondering, whilst listening to Ratatat and Lamb of God.
Global Warming, aside from being caused by us, woke up Mother Nature and she's come to chew bubblegum and kick ass


and she's all out of bubblegum. The only way she knows how to get rid of this virus we call the human race (to paraphrase Mr. Smith) is to use natural disasters to fuck shit up!

Our shit from Saturdya mornin an SUnday morning also went on the rag....we bent the fuck over an shit like animals. All our fuckn recycled brew....is collected on the americal fuckn rag...hell yea

i used rave for a while now and i think that shit sux ass. Aussie mega hairspray 3.25$ or aussie freeze spray 3.25$ is actually the best spray a little hit it with the hair blower for like 60 seconds both sides and its stiff as wood and very durrable you can push it to the side and let it go and i guarrentee that it goes right back to normal and it last a little longer mine stays up for 3-4 days prior to the first day no spray after plus i sleep on my stomach only so my hawk does ever get… Continue

first blog on here and almost speechless, its been almost a week and some of the people ive mate on here you would have though ive known for years lol, by far the best site i have ever joined!!!!!! ill be sure to make my next blog alot more intreasting thats a promise.....

I'm liking this site :D so glad i found it :D

Ahh so happr I can Ride my bike again Helmet hawk and all!! 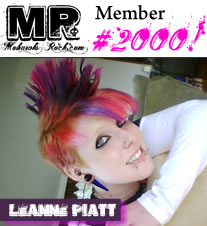 Creating her account on MohawksRock.com, the social network for mohawks, Leanne Piatt became the 2,000th person to join the city of mohawks. She is a bonafide mohawk rocker with her mohawk and easy-to-spot fantastically, wild hair colors. Leanne, 18, who also says you can call her "LeNn" hails from Plymouth Massachusetts and will be…

The bottle is a 'forget me' potion, but somebody always labels it improperly. They musn't do that, you know. They musn't because it makes her start all over again. That little bottle. But what can she do? The bottle isn't marked poison. "Drink Me" and she does. Then she starts again. Down the rabbit hole. Maybe someday they will mark it correctly. Until, then the straight jacket stays on and poor little Alice is not allowed to leave.

that's the third short we've written in so many… Continue 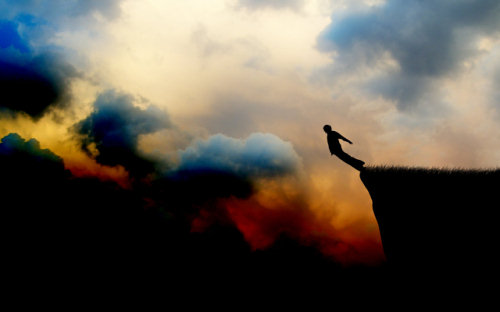 I first heard the below story on the Neal Boortz show this morning and it really brought up some great points and thoughts about our public schools. I grew up in a public school system and I think I did fine, but as Mr. Gatto talks about schools being set up to teach conformity vs. education it really highlights some stuff that I'd love to hear everyone's thoughts upon.…

put a smile on my face.
i need to smoke a bowl when i get home.
today was the last day of school.
my final was soooo easy.
i was the first one done.
summer awaits me..

Listen to the pitiful sobs, unsure what to say. I sit and stare at his shoes.
Looking up to see a man, broken... bowed over in his seat.
There is a soft 'tap,tap' as tears splatter onto his jeans, making dark spots as they soak into the tattered denim.

My eyes search for his, but his mind is elsewhere.
Empty.
He is a shell.
Staring into his hollow sockets, we share agony.

Hearing his voice again after such a long time was like rain falling on the most parched and dead soil. I felt alive in a way that I haven't felt in monthes.

"I miss you...like, alot."
I can die happy hearing those words pass his lips.

We talked of family, friends, life, food, our careers...We talked about stupid things, things that really had no point but to me, it was ecstacy just to sit there and talk. (and i'm sure it felt the same for him.)

I wonder if… Continue

Beaheading is the most popular method in public executions.
There was also deaths by beating, boiling, breaking on wheel, burning, crucification, drowning, hanging, keel hauling, necklacing, starvation in a cage, stoning, strangulation, a thousand cuts, being burned alive, devoured by animals, exposed on a gibbet, fried on a gridiron, garroted, guillotined, hammered to death, drawn and quartered, impaled on a stake, rent asunder between two trees, roasted alive, sat on the 'Spanish… Continue

I am curious why people are the way that they are.
How does one grow to have the want to suceed and achieve with endless ambition?
How does another not have a care in the world of what people think of their smell, look, attitude and lack of motivation, responsibility and respect?
We are unsimular, odd and unequal.
Peculiar, colourful, intimidating and various.

this is total bullshit now!

school can fuck its own shit.
there are so many rules ebing thrown around there.. we got a new headteacher recently blah blah blah
and all the rules are 10 times stronger for the moment
apart from one
hair dye. i thought it was obscene to have a diffeent colour hair is school.
nd it was. i got alot of shit for having a bit of pink or green in my fringe. so i got rid of it and its now a browny colour
over the past week about 15 people have appeared around the school… Continue

What do you think about Sweden?

I need a little help!
I am doing a school project were I try to find out what people from other countries think about Sweden and the swedish people. So, if you would like to share your opinions, thought, prejudices about Sweden, whatever they may be, feel free to tell me. You don't have to write much just a few words.

I am in a one man band called Feathers, and I am looking for a bigger fan base, I have an album coming out this summer and I would love for everyone to stop by and check out my myspace, and possibly add me. Feathers Myspace